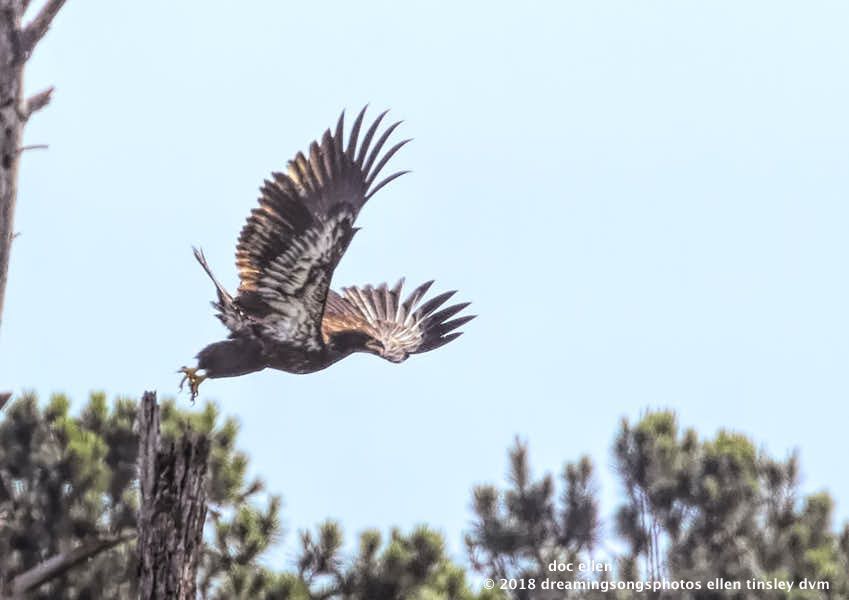 After pausing in the nest and yelling his discontent, he made a short flight hop to a nearby pine tree. 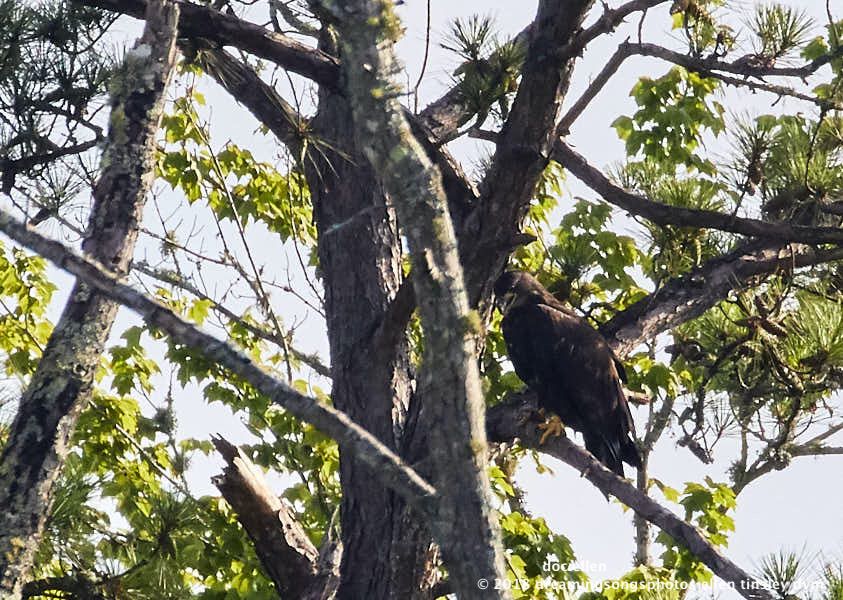 The fledgling sat there, disgruntled, before soon flying back out in search of a parent.
At this point, the parents bring an occasional fish to the nest with the intent of keeping the fledgling alive but less dependent on them.
They are pushing the fledgling into going fishing on his own. 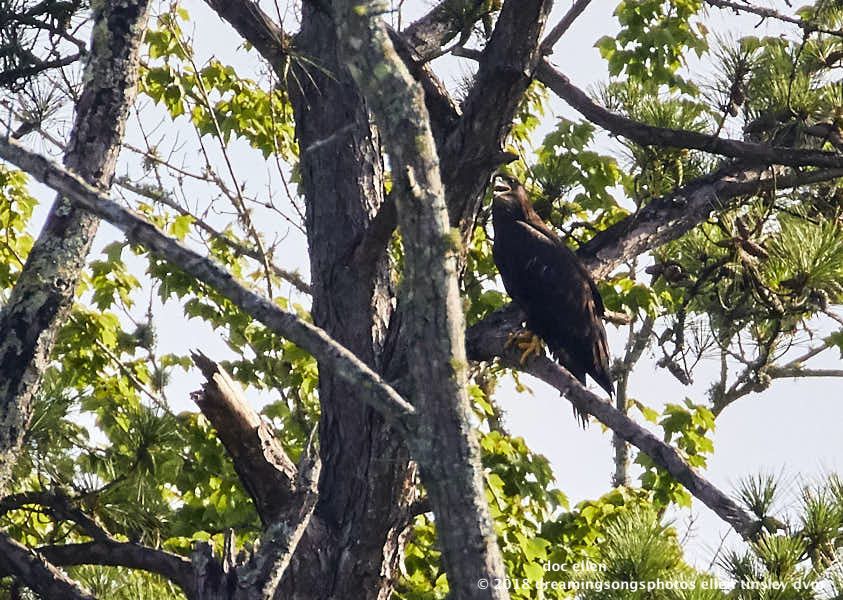