Sometimes the Victory Goes to the Bird with the Most Attitude
A female osprey went cruising past me with a large fish and she disappeared around the next bend.
I heard the osprey scream and she came tearing back around toward me with a young bald eagle chasing her.
The young eagle had almost caught up with the osprey when a much smaller bird changed the chase.
Both the osprey and eagle had crossed the territory boundary of a fish crow.
The fish crow went for the eagle and managed to turn the bigger bird back toward the way it had come.
Last I saw of the eagle it was still yelling and trying to get the crow to leave it alone. 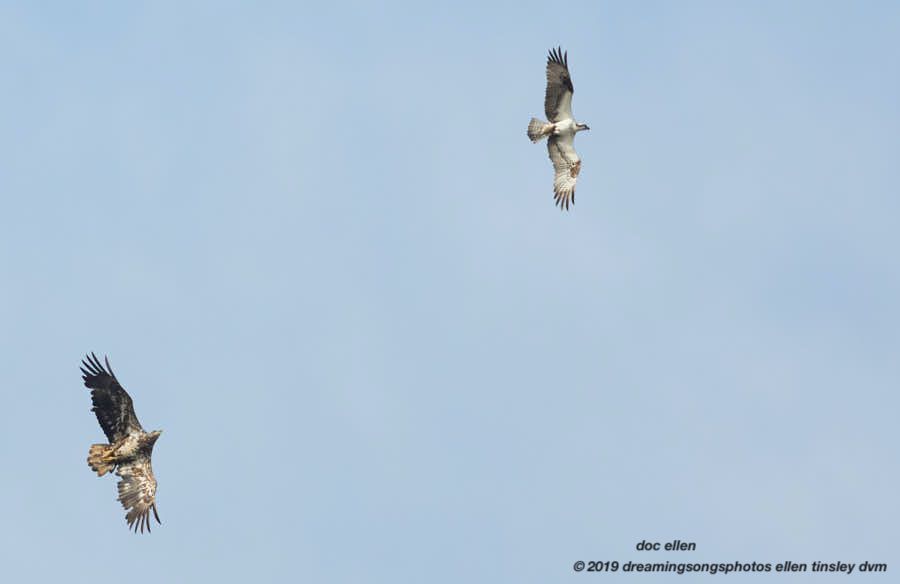 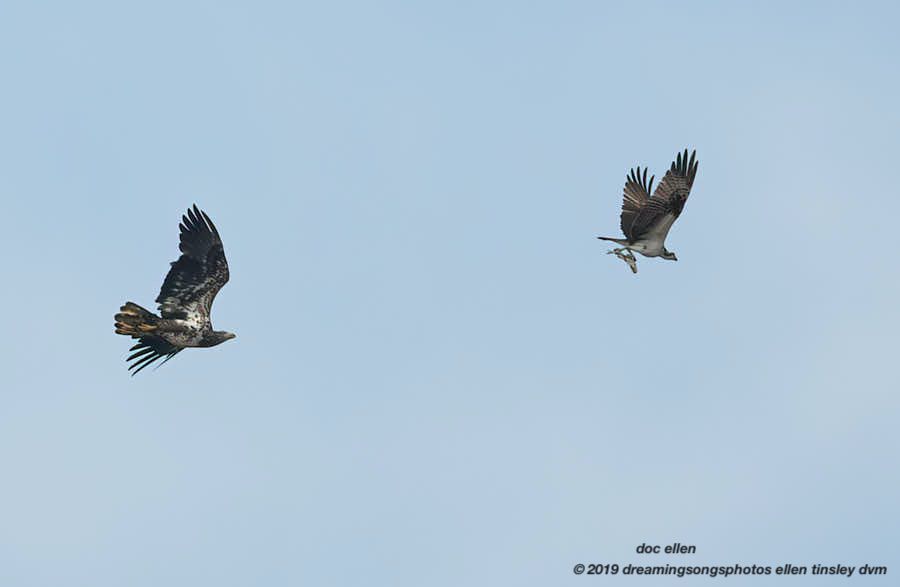 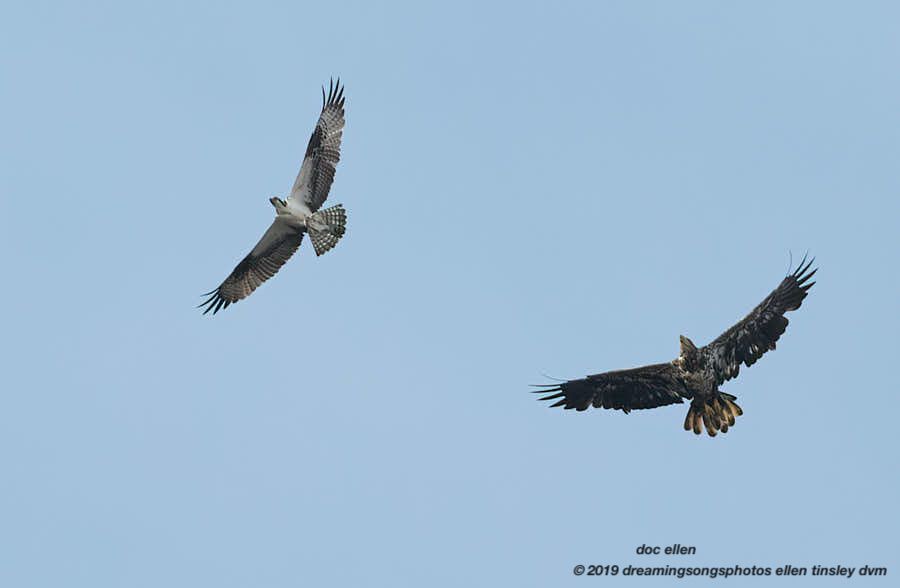 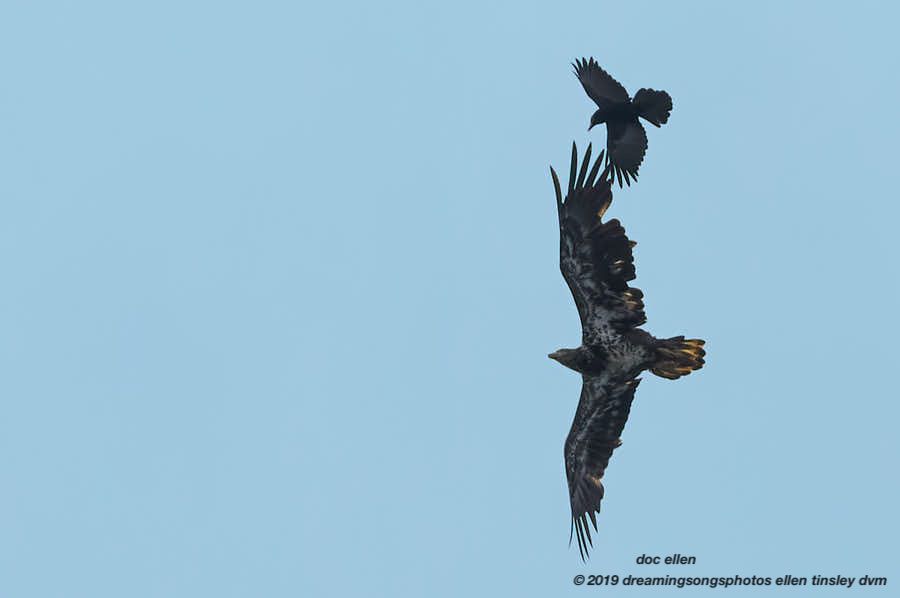