The 2 year-old bald eagle was sure that every tree in the neighborhood belonged to him and this particular tree was only there for his use.

The fish crow and Dad osprey disagreed with that opinion!
35.712584 -79.036254
Jordan Lake Dam: June Flight Jamboree!!
Sunday morning was cool and bright. All the feathers in flight glittered with life.
Parent birds. Juveniles. Big birds and small ones.
1) Northern Cardinal, male juvenile
2) Blue Grosbeak
3) Common Grackle
4) Brown-headed Cowbird
5) Fish Crow
6) Great Crested Flycatchers, juveniles
7) Eastern Bluebird
8) Osprey
9) Summer Tanager
35.712584 -79.036254
Sometimes the Victory Goes to the Bird with the Most Attitude
A female osprey went cruising past me with a large fish and she disappeared around the next bend.
I heard the osprey scream and she came tearing back around toward me with a young bald eagle chasing her.
The young eagle had almost caught up with the osprey when a much smaller bird changed the chase.
Both the osprey and eagle had crossed the territory boundary of a fish crow.
The fish crow went for the eagle and managed to turn the bigger bird back toward the way it had come.
Last I saw of the eagle it was still yelling and trying to get the crow to leave it alone. 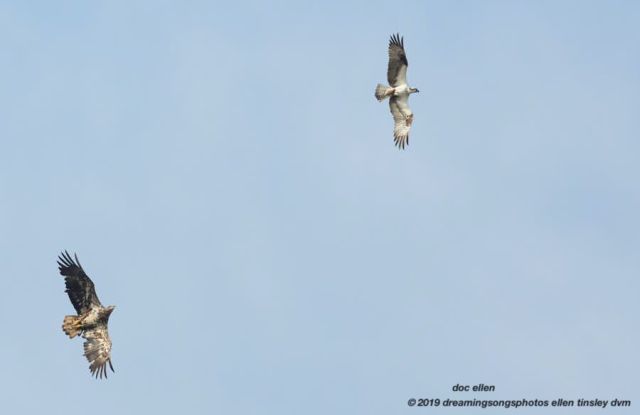 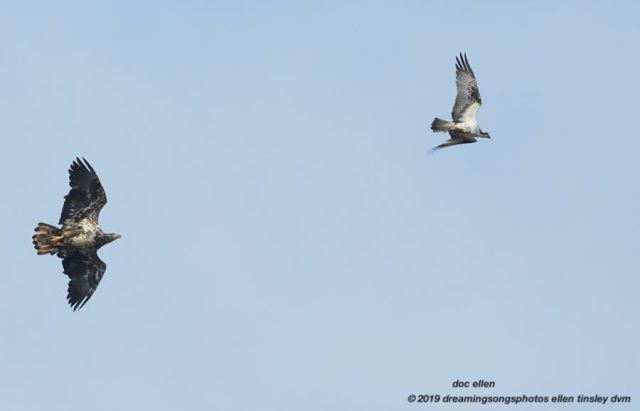 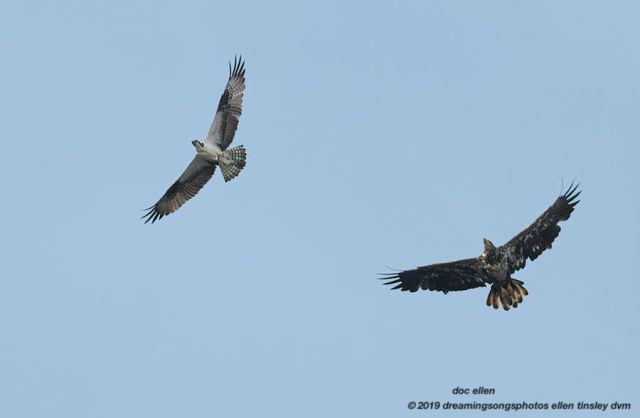 35.712584 -79.036254
Mom osprey floated in over the north end of the dam and curved past the pine trees.
Instantly a fish crow decided to chase her from his territory.
Mom osprey only wanted a fish for her late breakfast.
Eventually the two of them formed a paired flight formation.
The fish crow escorted mom osprey until he felt she was not a threat.
He went back to his nest and mom osprey caught a fish and went home to her nest. 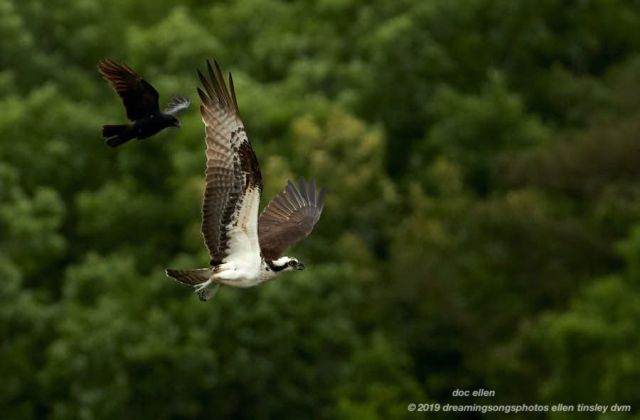 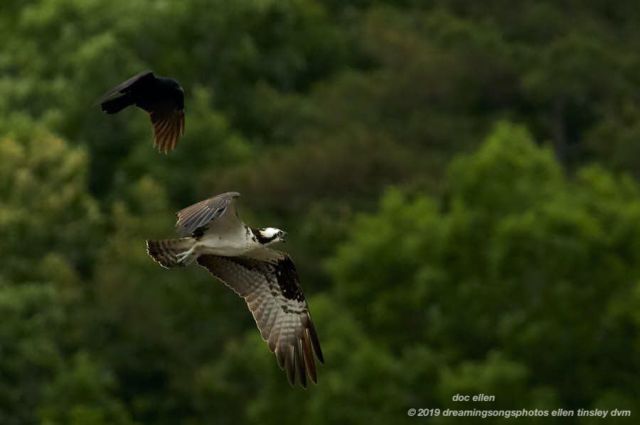 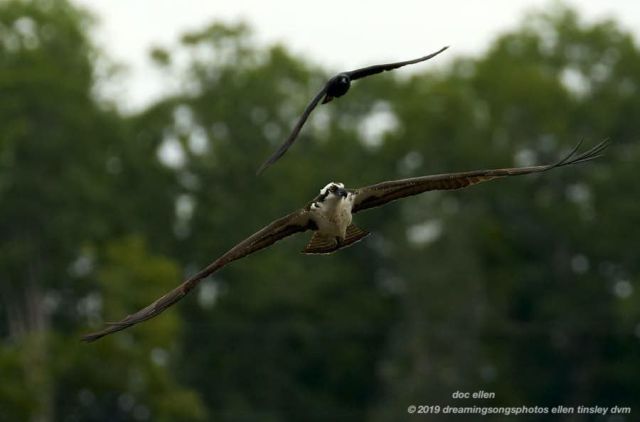 I was sitting on top of the dam this morning thinking that I needed to post some birds for all of you.
I was bemoaning the fact that I didn’t have any decent bald eagles to show you …
and then these two bald eagles flew past.
The top bird is a 4 year old and the lower bird is a 5 year old.
They got to about midway between the Haw River and the New Hope River and they each went a different way.

This bright-eyed falcon is a merlin.
I was surprised to see one this early in the migratory season – I usually see a few about the first of November.

There were so many killdeer swooping and calling at the dam that I thought I was at the beach this morning.