There are 2 chicks in the First Nest!
See the fuzzy light grey head and eye of the chick just to the right of Kate. 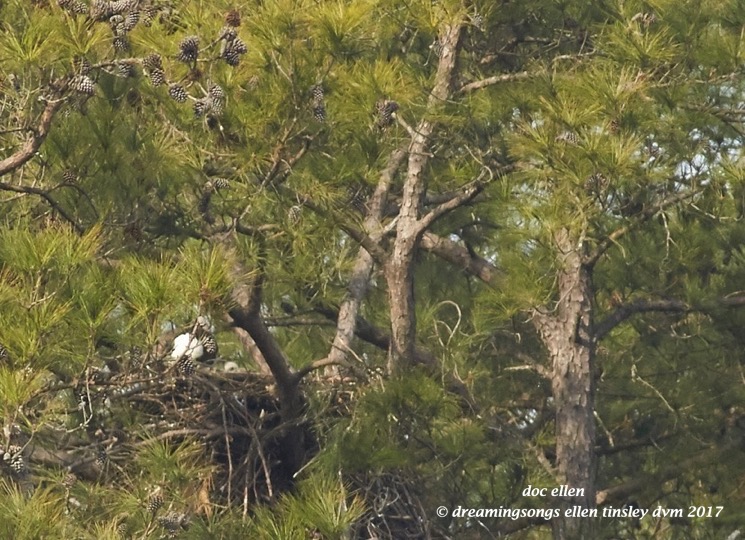 One of the chicks is just to the right of the big limb between it and Kate. 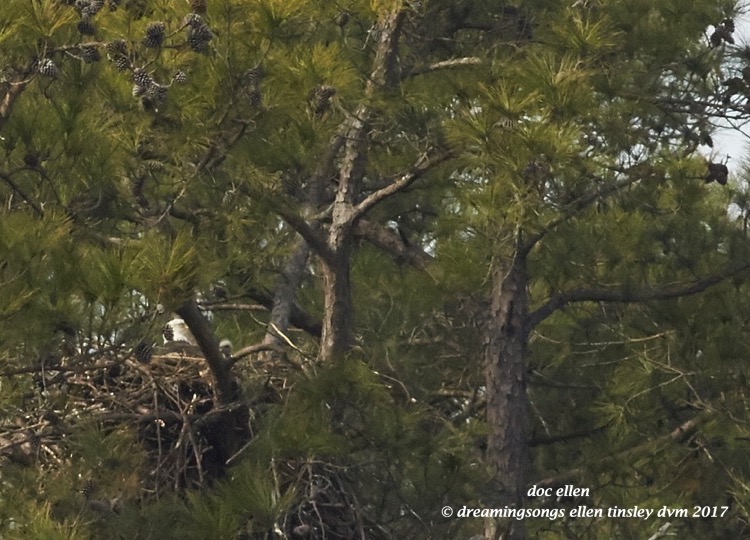 Kate is holding a big shiny crappie fish.
Look in the area between the fish and Kate’s legs and you can see a chick in the shadows.

Carefully watch directly in front of Kate as she feeds 1 chick.
Then she feeds the second chick which is just past her head to the left.
Both chicks vie for bites of fish.
Video is courtesy of one of the other nest monitors.