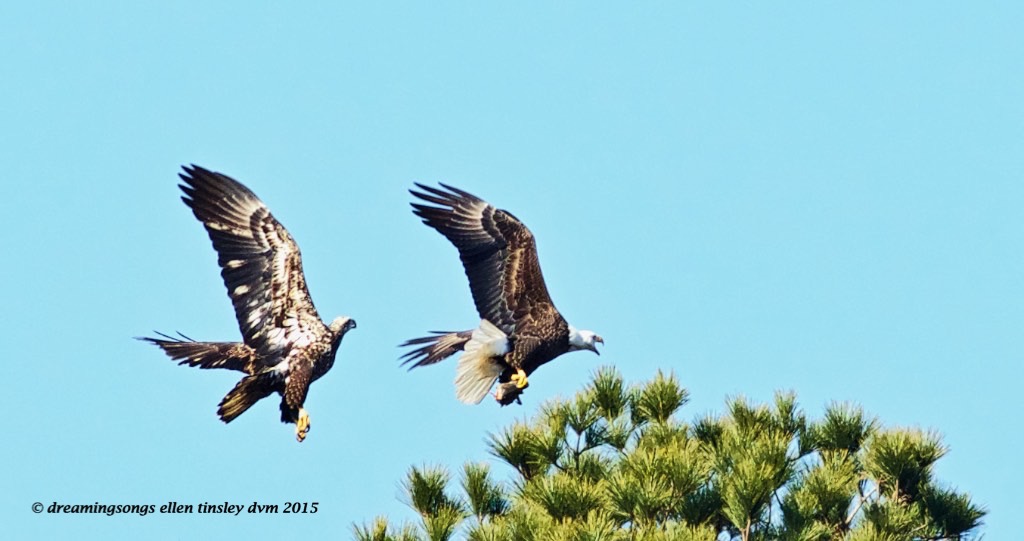 The immature 3 year old returned after being chased off by Petruchio.
It lazily circled the nest and then drifted off to the east out of my sight.
Kate’s screams eventually brought Petruchio barreling across the nest and off in the same direction as the immature eagle.
I watched where the two eagles had gone, figuring a fight would ensue.
I had about given up when Petruchio appeared being chased by the 3 year old.
Petruchio had apparently stolen a catfish from the immature eagle and the youngster wanted it back.
Petruchio won: he zipped over the nest, dropped the food to Kate, turned on his tail and chased the younger bird out towards the dam.