Jordan Lake. I sometimes bring my breakfast to the lake … and … I don’t always know who will be sharing the mealtime with me. I crunched my protein bar and the squirrel munched the core of a pine cone. The wind scattered all our crumbs.

Jordan Lake Dam, Haw River: I was tracking the great blue heron, hoping it would cross in front of the trees with their fresh light green leaves and give me a nicely composed landscape photo. The heron obliged me and did just that. But, when I got home I found that another critter had managed to get photographed too! Have you found the squirrel yet? 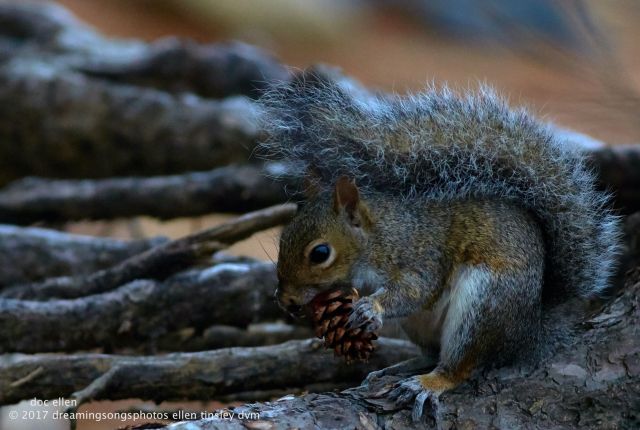 35.729206
-79.005788
First Nest’s neighborhood in the aftermath of all the rain
That is mom Kate on the lower branch and dad Petruchio on the upper one of a tall pine at the edge of their cove.
As the surrounding areas have drained, Jordan Lake is doing what it was created to do: control flooding.
In September 1945 the Homestead hurricane came up the coast from Florida and flooded eastern North Carolina.
Cities on the Cape Fear River were severely impacted by flooding. The state of NC set out to control any future flooding.
The Haw River and the New Hope River were dammed by the Army Corps of Engineers and the Lake filled by 1983.
During rain events, as the lake fills with waters from further inland and the rains above, the lake spreads out and floods it’s shoreline.
Better the shoreline gets flooded and not the downstream cities and towns.
Once enough drainage has occurred east and south of us, the Army Corps will open the gates of the dam and begin letting the extra water out. 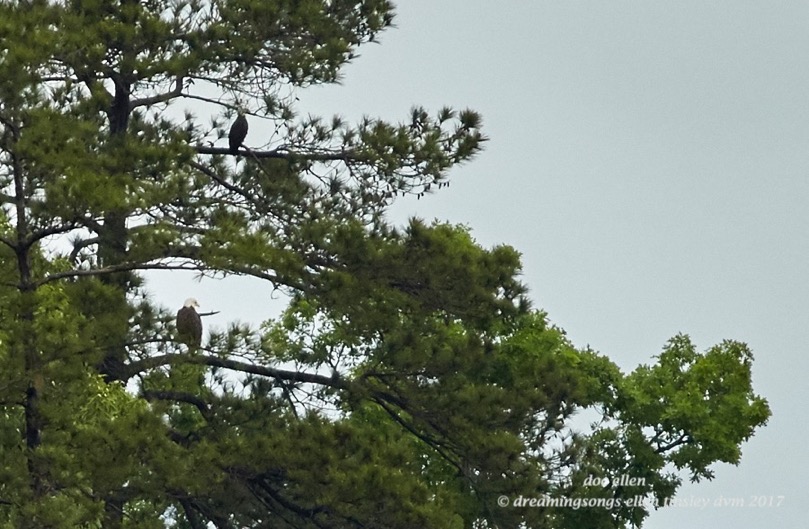 Coffee is grumpy! Nothing about the lake looks right to her at all, but both she and HC are within sight of their parents. 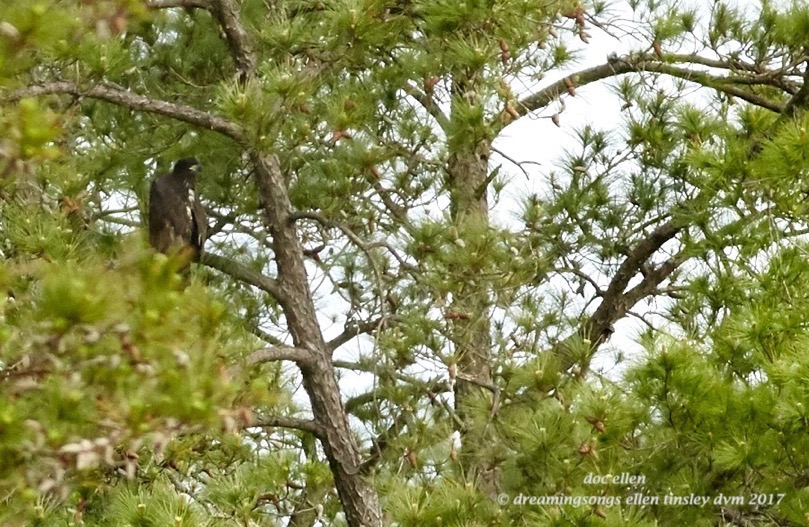 The red arrow is pointing at where I was standing, against the trunk of the tree, yesterday afternoon about 3:30 PM.
As you can see the lake has traveled well in land (probably 30+ feet) – I took this photo today at about 9:30 AM.
BTW the mirror reflection makes my eyes cross when I look at it! 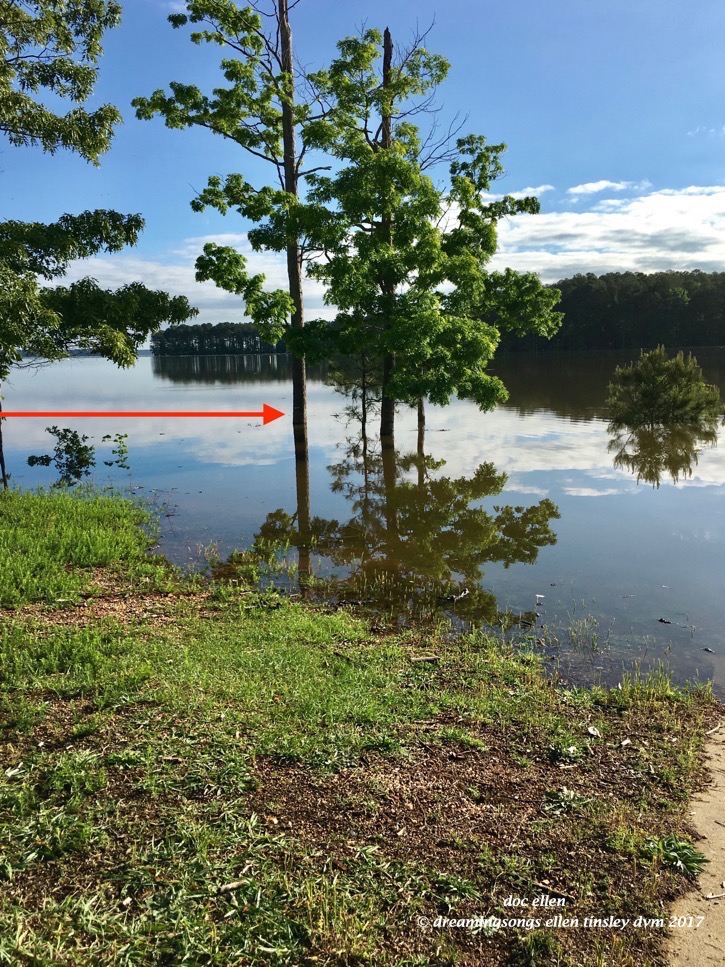 This tiny least sandpiper has walked down about 4 feet on one of the concrete ramps where he reached water.
Normally he would have had about 4 times that much walkway.
Notice all the debris that is already washing up against the ramp. 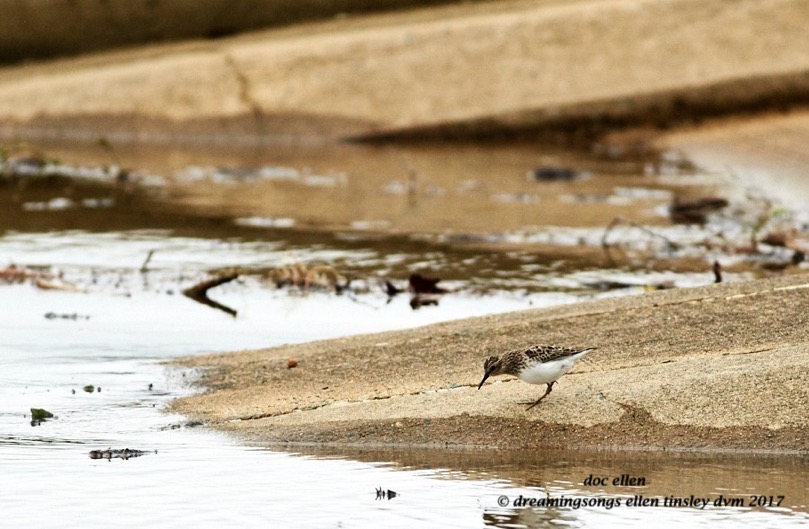 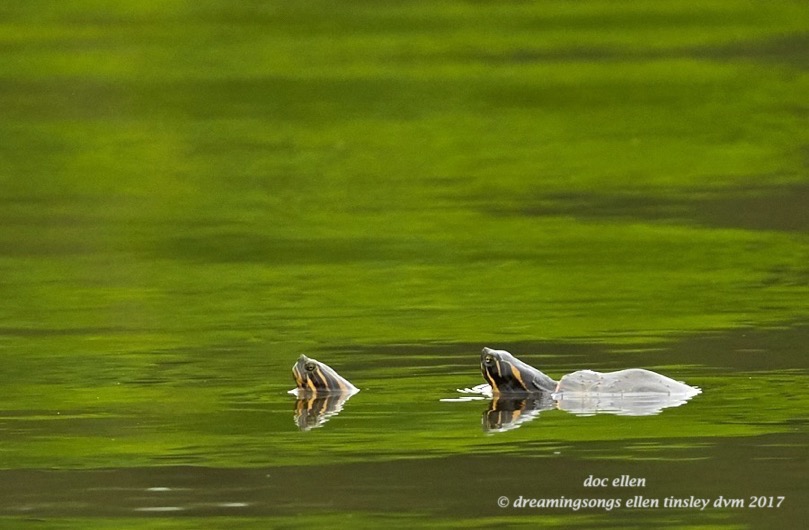 How can there be a day at the lake without a squirrel stretched out at a full run past the top of one of the flooding ramps?! 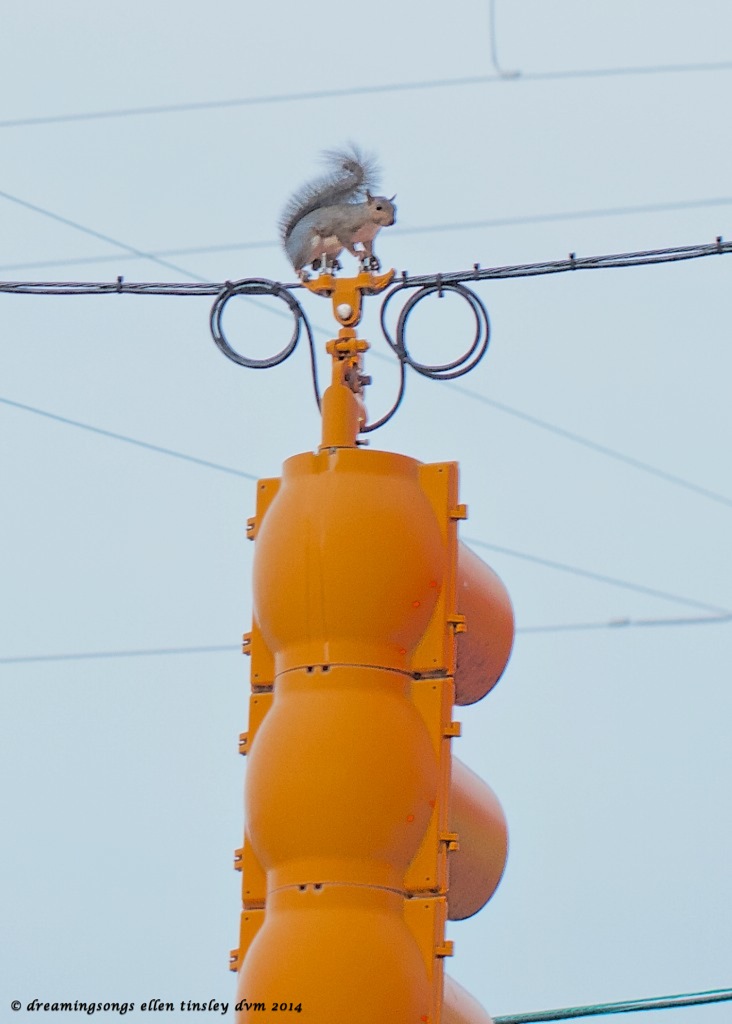 Now, who would have thought a home town squirrel could help hold up a traffic light and keep the bolts screwed very, very tight? 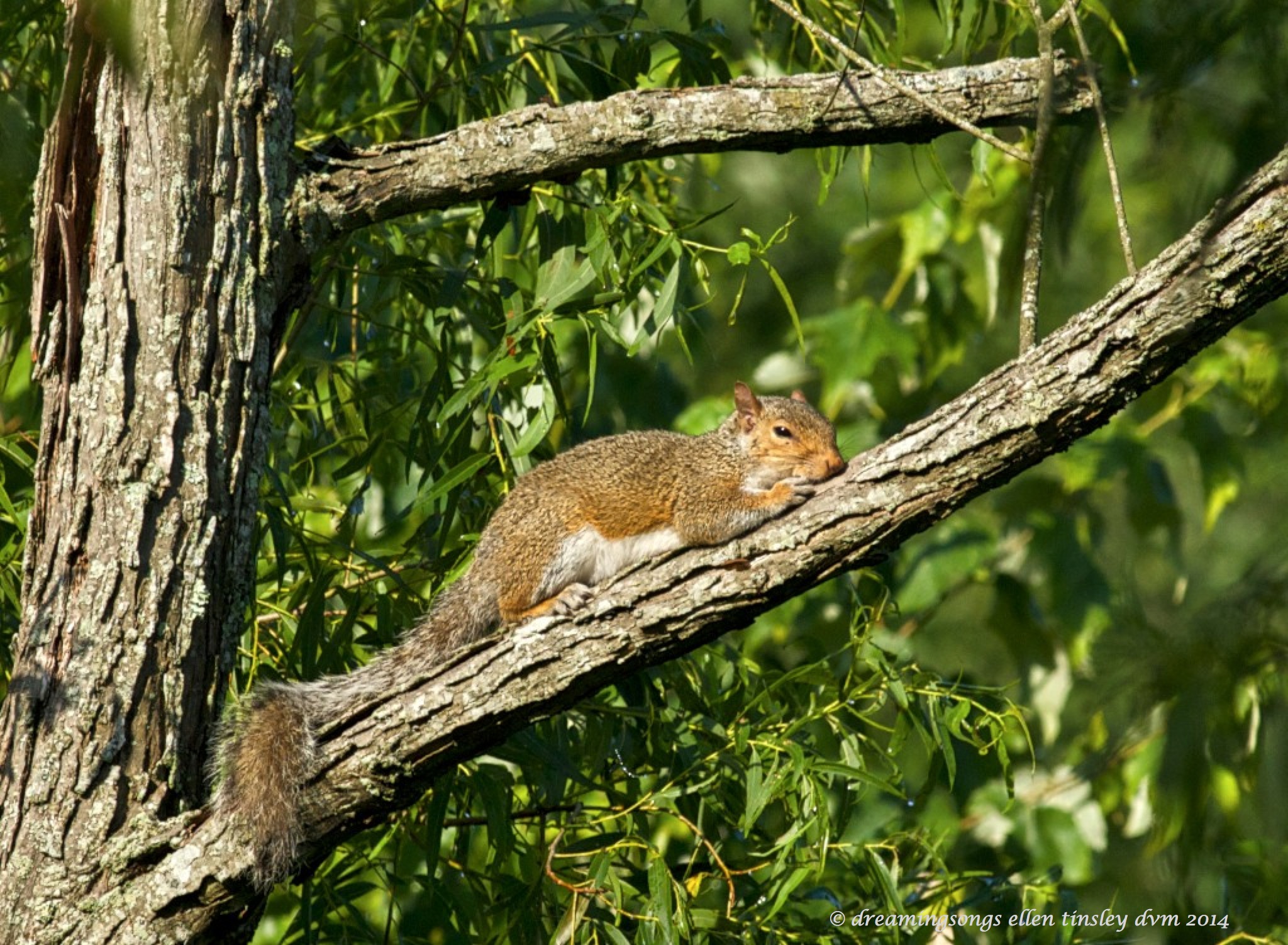 What do you do when the sun is hot and there is no breeze? Find a limb and imitate a lizard.